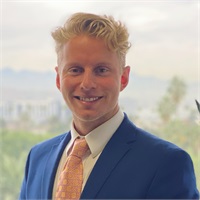 Alongside his academics, Connor was a private hitting instructor for youth prospects. Connor accepted an internship in wealth management and quickly recognized his love of the profession.  With his background and education he proved that he had the skills to be a successful, committed student-athlete which correlate to success in business. Connor is now adapting that skillset into the Runyan Capital Advisors Beverly Hills office where he contributes in a fast-paced environment of an elite financial advisory and wealth management practice.