DISCIPLINE MAKES THE DIFFERENCE—THE MOTTO AT RUNYAN CAPITAL ADVISORS—WAS INSPIRED BY THE COMPANY’S CHIEF EXECUTIVE MANAGER WHEN HE WAS A TEENAGER COMPETING IN A TRI-ATHLON AND BOUGHT A T-SHIRT EMBLAZONED WITH THE INSPIRATIONAL MESSAGE.

“I kept the shirt for more than 20 years,” recalls Jeff Runyan, who lives in Malibu with his wife, Jenni, and two sons, 11-year-old Remington and 9-year-old London.

Jeff kept the shirt for so long, the writing faded away, and although he was unable to find another one with the same words, he never forgot the meaning of the message and how it affects everyday life on all levels. 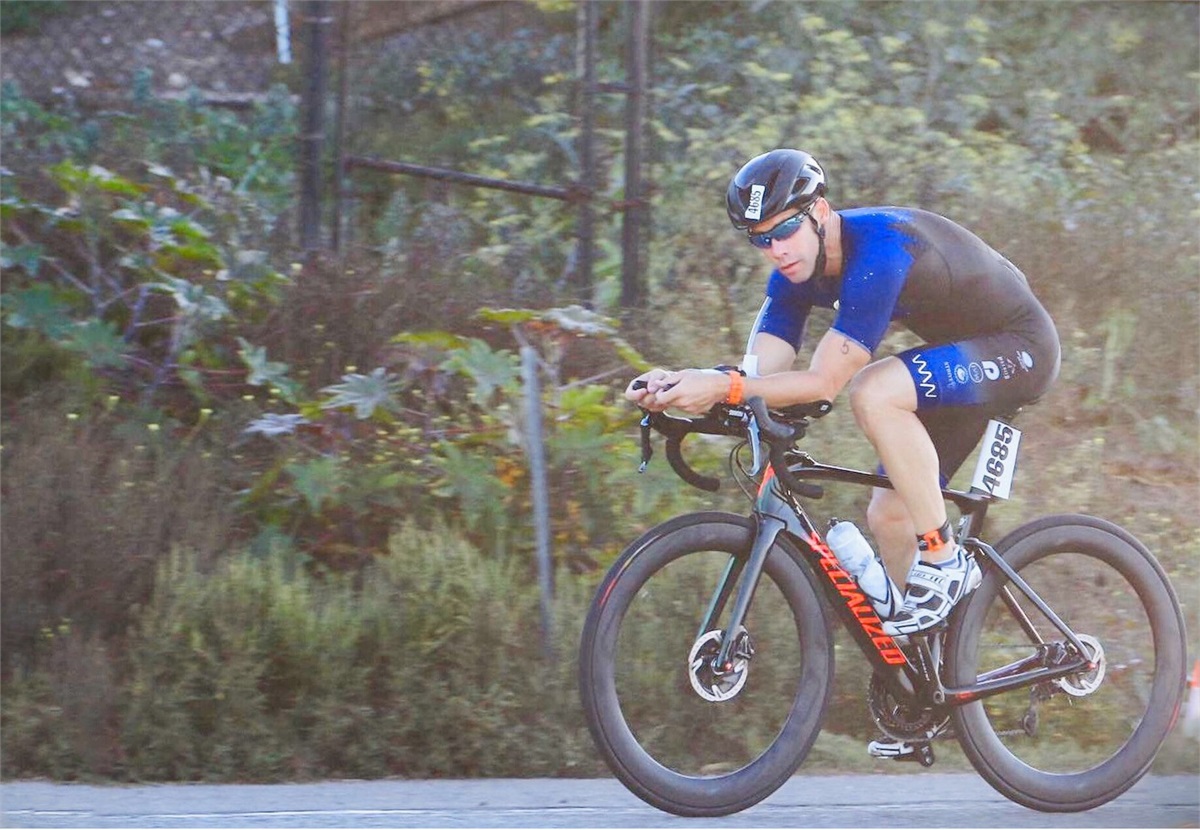 With that belief in mind, he adopted the credo for his office in Beverly Hills that’s known for its leading team that provides wealth management and retirement planning advice to clients looking to build wealth and maximize their portfolios for the future.

Over the years, Runyan Capital Advisors has built a respectable reputation throughout Southern California—including Beverly Hills and Malibu—as well as outside the state in Idaho, Texas, Florida and Missouri. Loyal clients include prominent professionals, business owners and high net-worth families, as well as those who have been referred to Runyan Capital Advisors that the team has never met in person.

“We welcome new households or businesses that seek out guidance… and make sure we have great chemistry with every client,” Jeff says. “We want to like them a lot, and we want them to like us a lot.”

To understand the magnitude of his company’s motto, one must first understand the tremendous feat of competing in a triathlon, a grueling physical task that involves swimming, cycling and running back-to-back. The nature of this sport requires persistence, endurance and stamina—and above all, discipline of the body and mind. Jeff started competing in triathlons at age 14, and his other physical accomplishments include hiking Mount Kilimanjaro, the highest mountain in Africa.

“You don’t have to be the fastest,” Jeff says. “The will, the power, the determination are characteristics that serve you well. And they’re absolutely essential when it comes to business, and especially wealth management.”

Discipline Makes the Difference translates across the board of success, he emphasizes.

“It’s not a silo where that steadfastness only happens in off-hours. It runs throughout the day. So when we’re work-ing, the same characteristics come into play with the way we treat wealth management. It’s about being persistent and consistent and focused on a goal.”

In comparison to finishing a triathlon or climbing a mountain, “keep your eyes locked on it—don’t get dis-tracted—to make sure that goal is achieved.”

Jeff was born and raised in a small town in Missouri and comes from a background where his parents inspired his current vocation. His mom managed the credit union for State Farm Insurance, and his dad worked with large-scale insurance companies minimizing their risk exposure—two com-ponents that “lend themselves perfectly” to wealth management.

“Our goal is simply to improve every client’s portfolio—creat-ing financial peace of mind,” Jeff says.

Growing up in a town of only 100,000 people, his foundation of values was instilled early on and play a huge part in what makes Runyan Capital Advisors successful. One of the biggest aspects of his “value set” that applies to all business is based on a simple but powerful principle: “mean what you say, and say what you mean.”

“It’s about reliability and integrity—when it comes to managing people’s money, these characteristics are critical,” Jeff emphasizes.

As a Malibu resident, Jeff especially loves the small-town feel of his community, which reminds him of the place he grew up. He used to live in Beverly Hills, where it was less common to know the neighbors.

“Malibu feels like the town where I was born and raised—it’s very neighborly,” he says.

When he’s not working, Jeff enjoys spending time with his family, helping out with activities at the Sycamore School, and watching his sons play in Malibu Little League and AYSO soccer games.

“We love the community we’re involved in,” says Jeff, who also enjoys attending business roundtable discussions with other leaders in the Malibu community.

A recent example signifying the sense of community in Malibu occurred when he competed in the inaugural Half Ironman in Malibu, which involved a 1.2-mile ocean swim, 56-mile bike ride and 13.1-mile run.

During the bike ride, “I got a flat tire at mile 40, which led to a 42-minute delay for tech to repair,” Jeff recalled. During the wait—when he was 16 miles away from the bike finish line—two other competitors, and two people not participating in the race, stopped to offer help.

“It changed my perspective for the rest of the race—it was a pivotal moment and very refreshing—and something like that would have happened in Missouri,” Jeff remembers. “Even with that delay, it’s my favorite race to date.”

Jeff could have quit the competition before the race ended, but he had his children in mind.

“The reason I didn’t quit is because I have two kids,” says Jeff, who would have finished in seventh place if it weren’t for the tire mishap. “There was more value in showing them that you will run into obstacles. It’s important to keep going. You have to finish.”

The flat tire experience is like a metaphor for life—as well as business.

“The parallel is, you’re always going to run into an obstacle—a metaphorical flat tire—and you learn to fix it, overcome it and stay focused on the end goal.”